On the afternoon of September 28, 1974, husband-and-wife singers Jackie Paris and Anne Marie Moss videotaped a gig in the Maisonette at New York’s St. Regis Hotel. They were backed by Mike Abene on piano, Harvie S on electric bass and Steve Gadd on drums. The point of the taping was to support a TV-show concept Paris and Moss were pitching. When the TV show didn’t pan out, an album of the material, Jackie Paris & Anne Marie Moss Live at the Maisonette, was unofficially released.

Today, Mike, Harvie and Steve are powerhouse players with staggering careers and are among the best in the jazz business. Back in 1974, Mike had already had sterling years with Maynard Ferguson’s band and as an accompanist, and Harvie and Steve were new to New York. Listen carefully to each musician on this date—Mike’s glorious piano, Harvie’s fast electric bass and Steve’s rhythms on drums. Harvie is a dear friend, and recently I asked him about the Maisonette gig. [Photo above of Harvie S courtesy of Harvie S]

For years, the rare album has been prized by collectors for Jackie Paris’s freewheeling comeback attempt with his wife, Anne Marie Moss, and their new sound and vocal arrangements. It’s also one of only a few recordings by Moss, who is widely regarded by singers and musicians as exceptional and underappreciated. For me, the music has a distinctly early 1970s sound, complete with hip, fresh arrangements, swinging vocals, song combinations and monster playing.

You can hear the entire album in tracks here…

Here’s my e-chat with Harvie S about the gig back in 1974 and how he wound up on the stage: 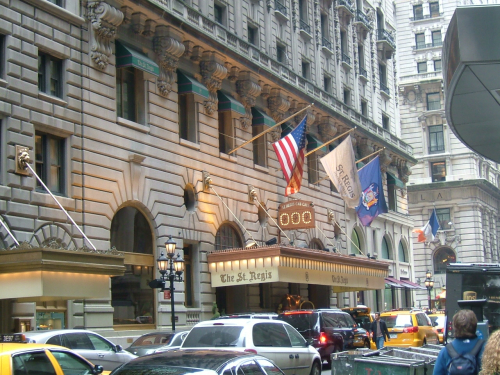 JazzWax: Harvie, set the scene for me. How did the gig at the Maisonette come about?
Harvie S: After graduating from Boston’s Berklee College of Music with a degree in composition and a piano minor, I ended up in Europe for a while and came back to a bleak music scene in Massachusetts. There was little jazz work. Clubs were no longer able to fill seats or they needed more income and switched to more popular forms of music. So I worked for a year in a Top-40 rock band playing electric bass and doing background vocals. Then I started playing acoustic upright again and struggled financially. One day, I received a call from Lennie Sogoloff of Lennie’s on the Turnpike in Peabody outside Boston to do three weeks at the club, which I did with a burned hand. That’s a whole other story. 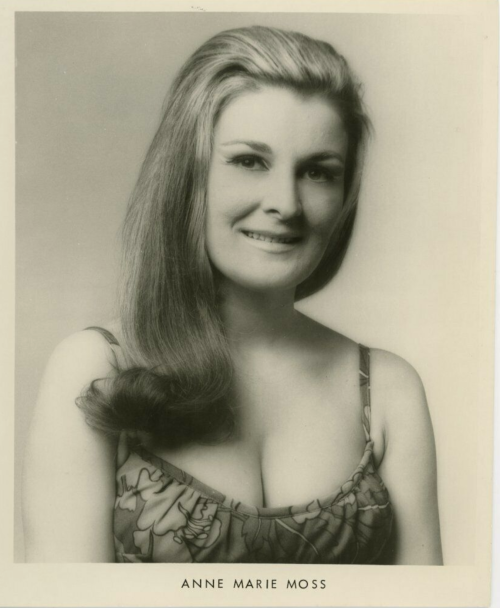 JW: Rough scene.
HS: It was. While working on a gig at Lennie’s with signer Chris Conner and pianist Mike Abene, Mike said I should move to New York. I thought he had lost his mind. I didn’t feel I would ever be good enough to make that journey. He said if I did, I could have the gig with husband-and-wife singing duo Jackie Paris and Anne Marie Moss. I needed work and I was broke, so I took it. The bassist leaving Jackie and Anne Marie was Dave Holland, who had taken the job after leaving Miles. That’s how tight jazz money was in the early 1970s.

JW: Were you scared?
HS: I was frightened and thought it was a dream. I’ll always remember my first night. No rehearsal, and about an hour before the gig they showed me some music. I looked and thought everything was going to be OK. What I didn’t know was the chart they showed me and the other charts were being played at breakneck speeds. I just moved my fingers as fast as I could and tried to hang in. Eventually I got in the groove.

JW: Which clubs did you play with Paris and Moss in New York prior to the Maisonette?
HS: We played a week at the Half Note and some concerts here and there. We even played a Horn & Hardart, when the chain held a short-lived, live-jazz series. We also played two weeks at the King George Inn in Annapolis Md. I can’t remember all the gigs, but there were others, some in New Jersey.

JW: How did Paris and Moss interact?
HS: Jackie and Anne Marie were a high-strung, ambitious couple with a lot on the line, so yes, there was some strife on and off the bandstand. Married couples fight and disagree, so I’ve heard. But Jackie and Anne-Marie loved each other, that I am sure of. JW: Was your Great Gorge Playboy Club a gig with Paris and Moss?
HS: Yes. With Mike Abene and the great drummer Jimmy Madison. We may have been there six weeks or so. I had moved out of my apartment before the gig, so I didn’t have a place to live. That job helped get me on my financial feet so I could rent an apartment. After the gig I rented a place in Rego Park, Queens. Saxophonist Jerry Bergonzi was my roommate for a year. He then decided he wanted to move back to Boston. After that I moved into a Manhattan loft. By the way, at the Great Gorge club, Teddy Wilson was there playing piano in the lounge. [Photo above of the Great Gorge Playboy Club in Vernon Township, N.J.]

JW: On breaks during your gigs, did you have conversations with Moss or Paris?
HS: Jackie liked to tell stories about the old days. Lenny Bruce had been a roommate of his. Anne Marie would talk about her early days with Maynard Ferguson and life in Canada, where she was from. Just fun, general conversations and lots of joking around before and after the gig.

JW: After settling in at the loft, where were you working?
HS: I continued working with Jackie and Anne Marie. In September 1974, they called me to do a special gig at the Maisonette, the club at the St. Regis Hotel on 55th Street. They said I’d be playing with a new drummer who had just come to town with an already strong reputation—Steve Gadd—and, of course, Mike on piano. Mike had written their musical arrangements, which were sensational.

JW: What was the purpose of the gig?
HS: The afternoon performance was set up to videotape a demo reel for a TV show pitch. Since the club was in Midtown Manhattan and it was the middle of the day, parking would be hard to find and amps weighed a ton, so I just brought my Fender Precision electric bass for the gig. Also on the show was a tap dancer, Pete Condo. He and Steve Gadd did a duo number that was extraordinary. I wish someone still had the video. The promoter was Jack Tafoya and I have no idea where he is now. I also had no idea that audio was going to be recorded for release as an album. I guess it came out after the TV show failed to materialize.

JW: Was that your first uptown New York gig or had you been playing in the city by then?
HS: When I first got to the city, I started working in Lee Konitz’s band with Jimmy Madison on drums and Yoshiaki Masuo on guitar. It was a great group, and we worked a lot. One night vocalist Sheila Jordan showed up. Lee asked me if it was OK if she sat in. I was already a fan of hers and was so excited she would join us. After the set, Sheila said to me “Kid, I like the way you play. Would you be interested in doing some gigs with me?” I was floored and so thrilled. That started a musical relationship that continues to this day. 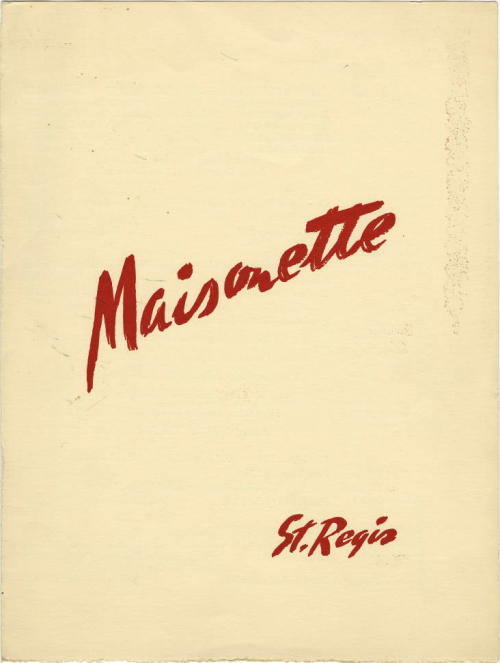 JW: What did the Maisonette look like? I was too young to go, but I remember it considered was pretty hip and swanky.
HS: The Maisonette was a beautiful room with high ceilings and plenty of space to set up all the video cameras. I knew the music well, having worked with them. Steve Gadd was sight reading that day and playing the music like he wrote it. There was no rehearsal. It was a one-time-only event with an invited audience, mainly for the taping. As far as Mike’s arrangements go, he’s an arranging genius. He’s also able to write for any configuration, from big band to string orchestra. He was writing killer arrangements for Maynard Ferguson when he was in his teens. 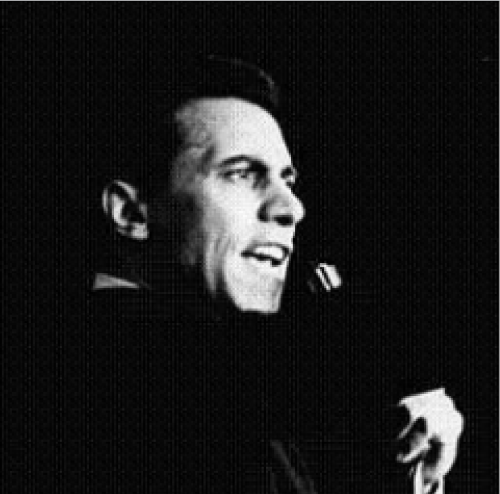 JW: From your perspective, what were Jackie Paris and Anne Marie Moss like to deal with?
HS: I loved Jackie and Anne. They were really good, honest and fair people. Jackie could be tough, though. On gigs, when I was playing a particularly up-tempo number, if I let up for a second he’d turn around and let me know it. [Photo above of Jackie Paris in the early 1970s]

JW: How so?
HS: He’d snap his fingers or wave his hand and say, “Stay on top. Don’t let up.” Nothing mean. He wanted total immersion in the music. It was good training for me, and I learned a lot. Anne Marie was always supportive. I also have to say, I think she was one of the greatest jazz singers ever but she never got much recognition. That’s sad. She had a three-octave range, perfect time, perfect intonation, could swing and could make you cry when she sang a ballad. She was special. 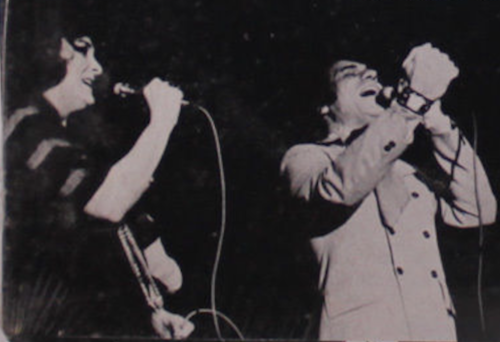 JW: The speed with which you’re playing on the album is spectacular.
HS: I guess my chops on electric bass were better by then because I was playing it more often. I was doing a lot of studio work, too. Most people will be shocked to learn that I play bass guitar because almost everyone thinks I don’t. I’ve since focused on acoustic bass mostly. I sold that nice Fender Precision because I needed money and bought a cheaper one. I have a Precision now and a five-string Ibanez. And yes, I can still play them and love to. [Photo above of Anne Marie Moss and Jackie Paris] 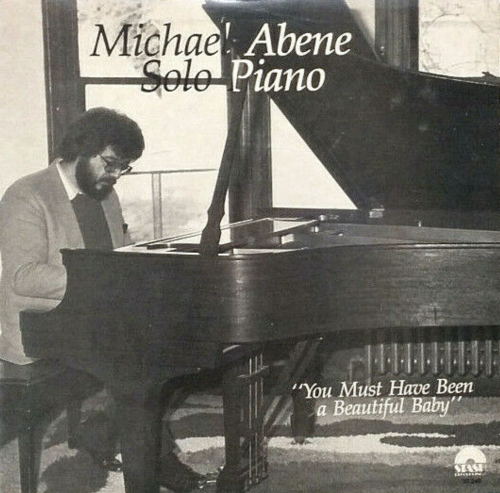 JW: Mike Abene told me years ago that this gig wasn’t one of his favorite moments. Was it problematic?
HS: Wow, I gotta say that as far as I could see, everything was smooth and OK. But you never know what goes on behind the scenes. I was there to play bass and that’s all I did. I was not involved with the business, and probably some off-stage stuff went down. I never even knew about the album until I heard it on the radio. I never even got paid for it. 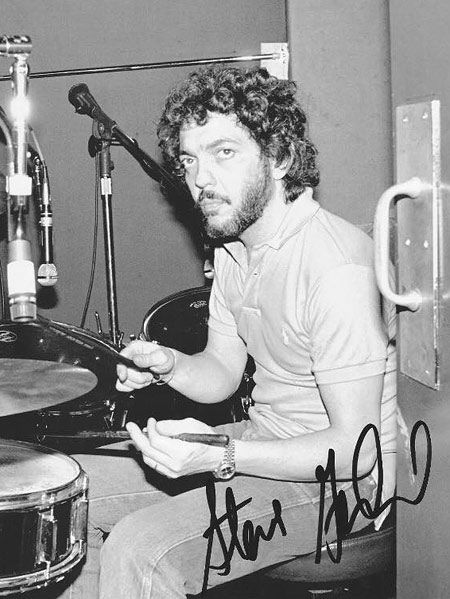 JW: When was the last time you heard the album?
HS: I have to admit, I hadn’t listened to the recording in some time. I rarely listen to anything I’ve recorded after it’s released. After listening today to the clips you sent, I was amazed that I was playing as well as I did on bass guitar. I’d forgotten about that. As far as the recording quality goes, it isn’t so great and could use a remastering. But the energy was there. I enjoyed listening to the YouTube clips you sent. Now, I’m so glad it was documented. [Photo above of Steve Gadd]