As a certain high profile artist touts his own foray into prog rock, these small groups recently released albums featuring their own proggy jazz. Each of these features guitars and/or synths in the foreground, but the individual approaches of the groups shows just how much variety there is in the wide world of fusion.

It’s been five years since their debut, but seeing bassist Eric Klerks, guitarist Max Kutner, and drummer Andrew Niven on Cunieform is like finding that perfect thrift wool cardigan to replace your decades-old one. (No? Just me?) For those new to the group, Android Trio is trippy, heady, and heavy. Primarily a guitar-and-synths-driven trio, they jam hard, drawing from a well of influences that includes Frank Zappa, Captain Beefheart, King Crimson, and Yes, while also dipping into the ’70s and ’80s heyday of jazz fusion, nodding to groups like Weather Report and Soft Machine. That’s a lot of names to live up to, and probably the most exciting part of Other Worlds is how original Klerks, Kutner, and Niven’s music sounds. Funk, blues, and math-rock swirl together in a riot of time signatures and mind-bending changes. Despite a slight pandemic disruption, Klerks, Kutner, and Niven found some advantages to using the studio, layering themselves in multiple tracks and bringing in a half-dozen guests. It takes a lot to make prog jazz, it takes Android Trio to make it danceable and fun. 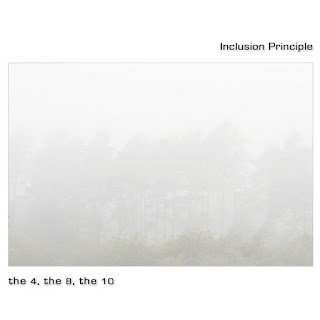 With a foot planted more firmly in the Soft Machine, Weather Report, Return to Forever side of things, Martin Archer and Hervé Perez’s Inclusion Principle is a brilliant electroacoustic project going on more than 15 years. Their latest, the 4, the 8, the 10, is a beautifully languid album, with beats rising and falling throughout the buildup to the centerpiece: a 35-minute suite, “Ornament of Light.” Referring to jñānālokālaṃkāra (“The Ornament of the Light of Awareness”) a sūtra referenced in the album’s liner notes, the suite plays like a sonic translation of the concepts explored through the sūtra. The credits list sopranino, soprano, alto, and baritone saxophones, shakuhachi, clarinet, flute, recorder, chimes, organ, electric piano, synths, field recordings, sound design, beats and keys programming, electronics, and software instruments, plus samples of percussionist Walt Shaw. Perhaps most crucial to Inclusion Principle’s sound but unmentioned in the credits is silence. For as layered, dense, and exciting this album is, it is equally patient and restful, a glorious tribute to space and sound. 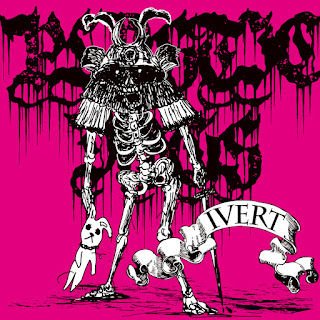 If Android Trio is a fiery star and Inclusion Principle an aural map of space, then Plastic Dogs is a white dwarf, wickedly dense and a thrill to catch sight of. A quartet featuring Ono Ryoko on sax, Muto Yuji on “grind-guitar,” Hayashi Tsuyoshi on “heavy-guitar,” and Ueji Kota on drums, Plastic Dogs packs a ridiculous amount into songs that run, at most, five minutes. Muto and Hayashi are guitar dynamos (with great senses of humor, see https://www.youtube.com/user/ryokoyr/featured ). Ono, Muto, and Hayashi turn from unison to counter-melodies on a dime—listen closely to “Agapanthus” for one of the most brilliant, high-wire examples of this, but it’s a hallmark of Plastic Dogs music, like torch juggling but with saxophone and guitars (and less dangerous?). The result is 45 minutes of joyful metal-jazz that easily sits next to some of the wildest 1980s Zorn music. 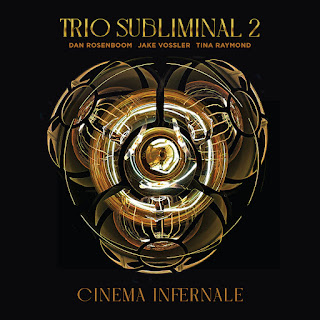 Trio Subliminal dropped their debut in 2019, having recorded a set of short improvisations towards the end of the previous year. Following the eons of pandemic isolation. Trumpeter Dan Rosenboom reassembled the trio in his home studio, and guitarist Jake Vossler and drummer Tina Raymond responded with enthusiasm and amped-up energy. After a couple years in isolation, Rosenboom, Vossler, and Raymond are ready to stretch out, and they do so on three lengthy improvisations. Raymond’s making a huge splash this year, between Trio Subliminal and the upcoming Esthesis Quartet debut. Her playing here is more winter winds than sunny SoCal, with shades of Ivar Loe Bjørnstad and Teun Verbruggen, as she and Vossler settle into several incredible duo sections. For years, Rosenboom was a leader in tightly composed works, richly layered in the prog vein. Recently, he’s embraced improvisation as a vehicle for strengthening his musical relationships and opening up communication pathways between musicians. If that sounds mystical, that’s exactly the point. While Trio Subliminal is superficially noisier than Archer and Perez’s Inclusion Principle, Rosenboom, Vossler, and Raymond reach the same transcendent planes together, channeling each other’s energy and generating some truly awesome sounds. This is a powerful record that goes to some emotionally deep places, simultaneously cathartic and rejuvenating. 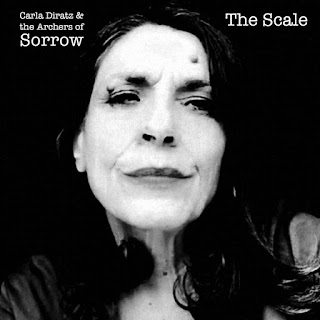 More Martin Archer here, but this is truly a Carla Diratz showcase. And this album just straight up rocks. Archer and Nick Robinson coined a term for this particular thread of music, “improg,” which so perfectly captures the feel of the album, adding too much commentary risks spoiling the vibe. Drummer Adam Fairclough and bassist Dave Sturt kick the album off with a romping stomp, and Diratz floats in with one of the most dazzling, captivating vocal turns on the album. An incredible singer, Diratz is featured on albums by another Discus mainstay, Eclectic Maybe Band. Here, her rhythmic dexterity melds beautifully with Archer and Robinson’s compositions. The amazing trumpet player Charlotte Keeffe rounds out the band, along with Julie Archer and Jan Todd on backing vocals. Diratz leans into vulnerability, and Keeffe amazingly plays with a stunningly emotional deftness. The Scale feels very much like a song cycle for our times, with heady lyrics that explore modernity, motherhood, childhood, loss, glee, and, most often, wonder. Prepare to spend hours with this one, to uncover layers, yes, but more importantly to escape into its soundworld.